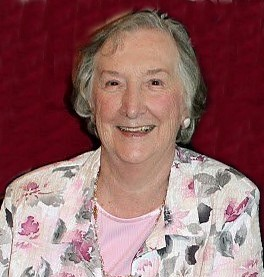 Please share a memory of Margaret to include in a keepsake book for family and friends.
View Tribute Book
MARGARET (PEGGY) GRACE EAGLESON (née Logan) July 22, 1929-August 11, 2021 Margaret (Peggy) Grace Eagleson (née Logan), beloved mother, grandmother, great-grandmother, aunt, cousin and friend, passed away peacefully at her cottage on Wednesday, August 11, 2021. She was 92 years old. Peggy was born in Toronto on July 22, 1929 to proud parents, William Gilbert Logan of Toronto and Mary Martha Isabella Bayley, originally of Gravenhurst. She was a cherished only child, doted on by her parents, who raised her to be a loving, generous and optimistic person that she continued to be her entire life. She enjoyed being part of the youth group at St. Enoch's Church, where theatre productions were a favourite activity. It was there that she met her future husband Robert Cameron Eagleson and became a part of the Eagleson Clan. She graduated from Jarvis Collegiate as a top student, then attended business college and began a career in the publishing business at Copp Clark. Peggy and Cameron were married at St. Enoch's Church on May 23, 1951. They were a loving couple, who enjoyed many activities together, until his passing in 2016. They were beautiful to watch on the dance floor. They loved playing bridge and other card games. They built a successful business, Eagleson Electric, where Peggy ran the office and kept the Master Electrician Cam and his crew on schedule. Cam supported Peggy in her considerable charitable activities. Most of all they enjoyed time together at the lake with family and friends in every season. Swimming, boating, fishing, snowmobiling, memorable meals, and singing around the fire, will forever be in our memories. Family was Peggy's priority. She always made time to attend the various sport, theatrical, dance and other events that her husband, children and grandchildren were involved in. She was so proud of them and made each one feel special and loved. She adored her four great-grandchildren. Mom, Grandma, GG will be lovingly remembered by Leslie, her husband Neill Dunning, their daughter Logan and her son Joel; their son Cameron, his wife Katelyn and their daughters Evan and Ellis; and their son Patrick: Laura, her husband Frank Piette, their daughter Morgan, her husband Tyler Kuntz and their daughter Mila; and their daughter Madison and her partner Warren Oates: Kathleen Eagleson Langstaff and her daughters Qali and Olivia: Roberta, her husband Blake Johnson and her son Hunter Brown. Peggy will also be fondly remembered by many nieces, nephews and cousins in Canada and Ireland, as well as her many friends made through Church, playing bridge and line-dancing. Peggy was pre-deceased by her Eagleson sisters, Ada Hornung (Nick), Betty Johnston Scaman (Ray, Jack) and Patricia Chilton (Jack), as well as Cameron's younger brother George Eagleson (Phyllis). Cremation has taken place. A Celebration of Peggy's life will take place at a later date. Arrangements in care of the Forrest & Taylor Funeral Home, 905-722-3274. Memorial donations to The Canadian Cancer Society or a charity of your choice would be appreciated by the family. Memorial condolences may be made at www.forrestandtaylor.com .
Online Memory & Photo Sharing Event
Online Event
About this Event

Share Your Memory of
Margaret
Upload Your Memory View All Memories
Be the first to upload a memory!
Share A Memory
Send Flowers