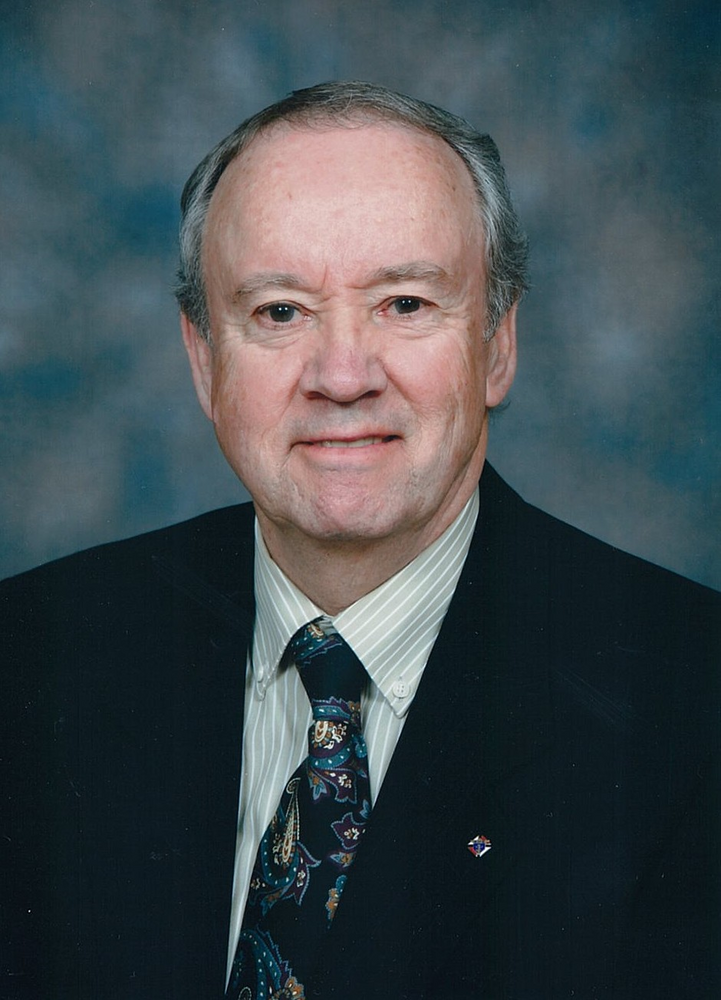 Please share a memory of Hugh to include in a keepsake book for family and friends.
View Tribute Book
Charpentier, Hugh Percival Peacefully at Southlake Regional Health Centre, Newmarket on Sunday, December 19, 2021 at the age of 83 years. Hugh Charpentier, predeceased by his parents Vincent and Helen Charpentier. Beloved husband of Mary (nee Doyle). Loving father of Anne Higgins and her husband Mike of Richmond Hill and Janet Charpentier-Burling and her husband Ron of Newmarket. Grandpa to Melina Burling and Kevin Higgins. Dear brother of the late Basil (Bud) Charpentier (the late Elenore), the late Loretta (Lori) Hodgins (the late Warren), the late Charles (Chuck) Charpentier (the late Joan), the late Theresa Keating (the late Harry) William Charpentier (Jean), the late Marlene Cresap (Bill), Peter Charpentier (June), the late Michael Charpentier and the late Paul Charpentier. Fondly remembered by his nieces and nephews and their families. Hugh was always grateful for the support of the doctors at the Stronach Cancer Center at Southlake Regional Health Centre and especially Dr. F. Kakavand who was always available. Thanks to the nurses who helped and advised. Hugh's faith in God was always strong and he found peace and strength in saying his Rosary every day. Hugh was very proud of his Metis heritage and was always an avid hunter and fisherman who shared his harvest with family and friends. Resting at the Forrest & Taylor Funeral Home, 20846 Dalton Road, Sutton from 2 - 4 p.m. Monday, December 27, 2021. Funeral Mass in St. Anthony's Catholic Church, 28118 Highway 48, Virginia, Ontario, Tuesday, December 28, 2021 at 11:00 a.m. Interment, St. Anthony's Catholic Church Cemetery. Covid restrictions require those attending the mass to register with the funeral home at 905-722-3274 and show proof of double vaccination and a government issued photo identification. Memorial donations to Southlake Regional Health Centre Foundation, Stronach Cancer Center would be appreciated by the family. Memorial condolences may be made at www.forrestandtaylor.com
Monday
27
December

Share Your Memory of
Hugh
Upload Your Memory View All Memories
Be the first to upload a memory!
Share A Memory
Send Flowers