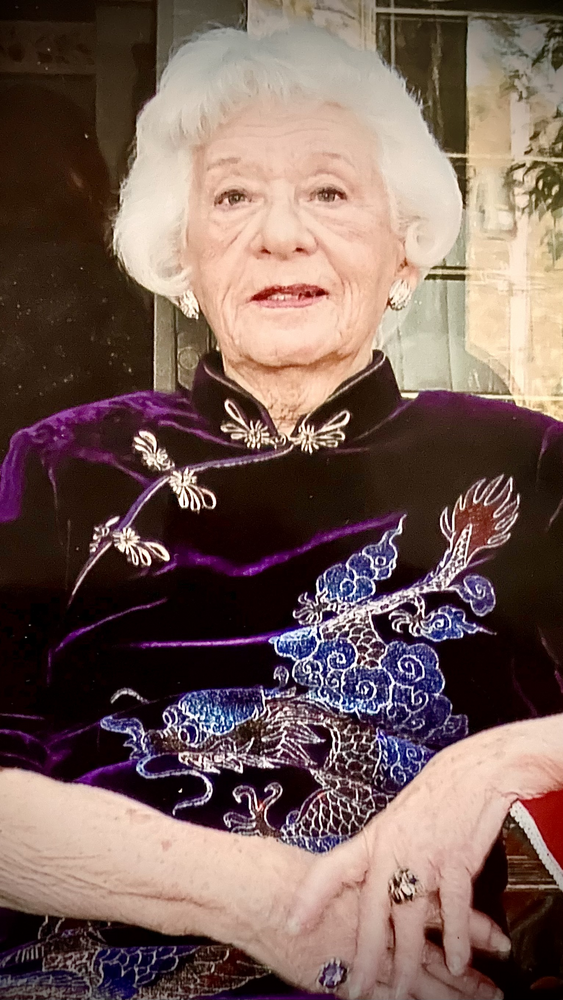 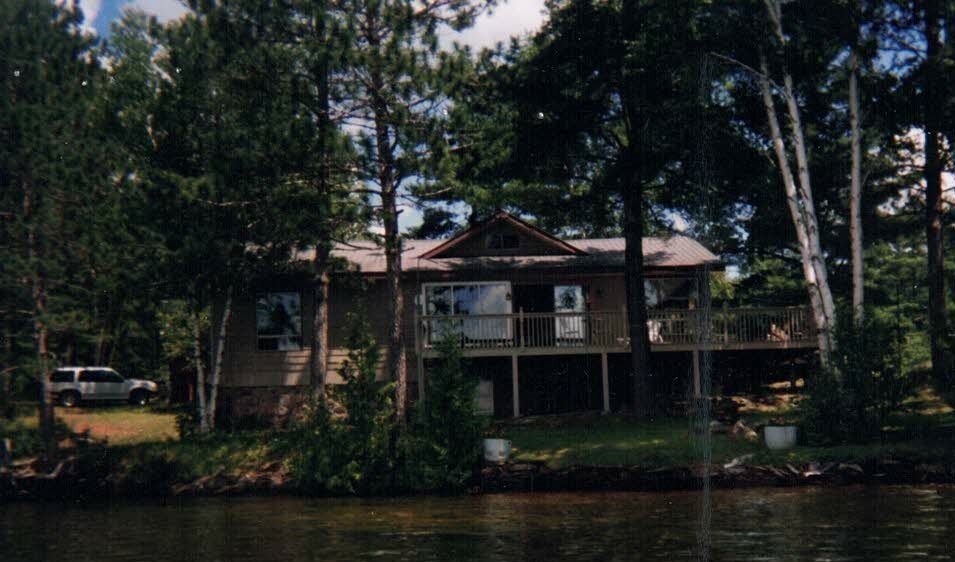 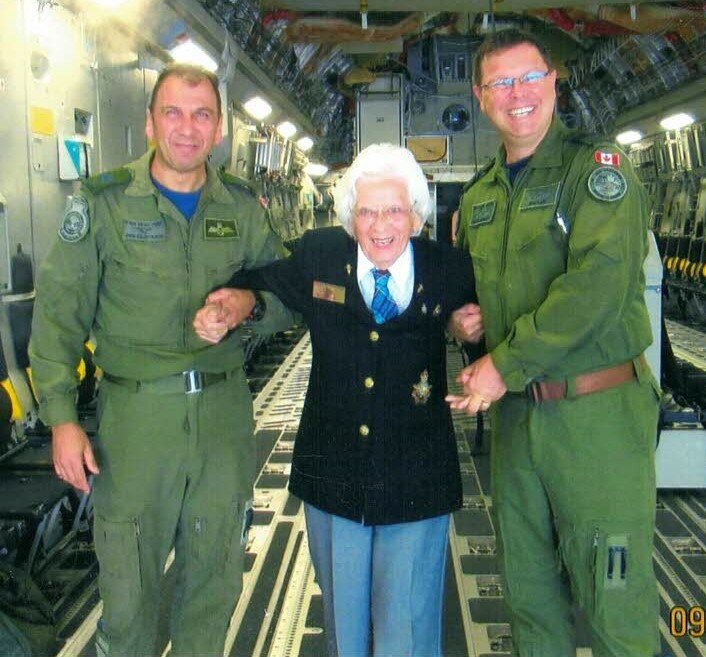 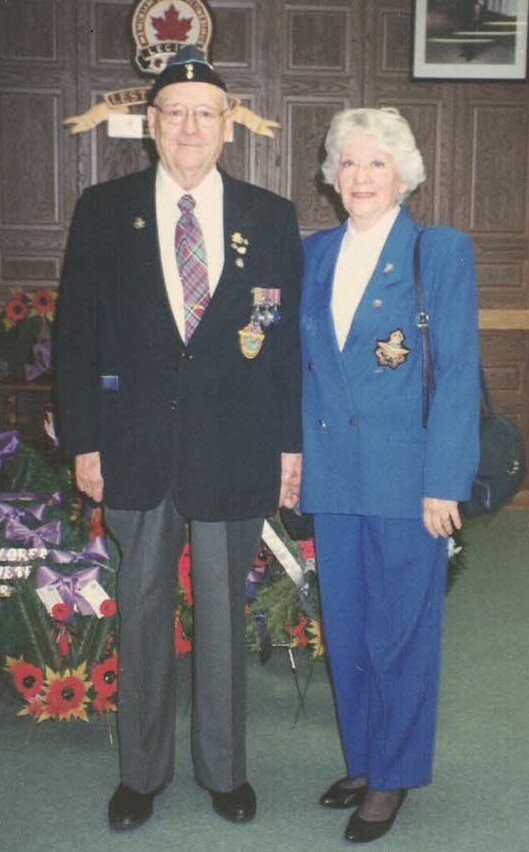 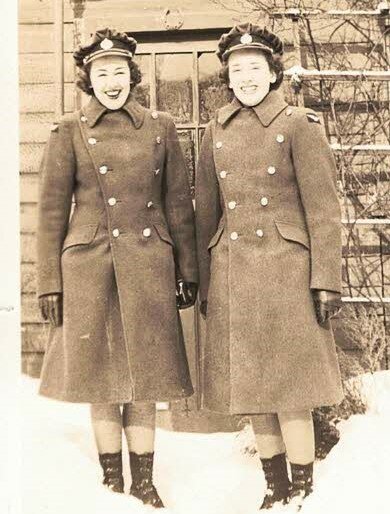 Please share a memory of Mildred to include in a keepsake book for family and friends.
View Tribute Book
Mildred Mary Bell (nee Hurd) March 3rd, 1922 - January 2nd, 2023 Passed away peacefully in her 101st year. Mildred (Mil) was born at home on Lindsey Avenue in Toronto to George and Edith Hurd, younger sister of Austin, Audrey, Stella, Nellie and Roy (all predeceased). She grew up in a loving home with relative privilege, having a father who worked as a plant engineer at a chocolate factory and a mother that made the best raspberry preserves, bread and biscuits. She loved tennis and spending summers at a rented cottage in Victoria Harbour. But the world was becoming increasingly full of turmoil just as she became a young woman, and she decided to join the Royal Canadian Air Force in 1941. While working at the base in Rivers, Manitoba, she met Sgt. Lloyd George Bell, and they married in February, 1943 in full uniform. She only had a few months with Lloyd before he was sent overseas. When he came back, they began a life together to raise Noel, Sherry and Jeanne in Elimville and Exeter, Ontario and later, Toronto, and a little later, added Heather, to live in the growing suburbs of Toronto. They purchased a cottage on Crystal Lake in 1959 and it became the focus of just about every weekend thereafter, with many improvement projects, family dinners and fun times with neighbouring friends. Mil was a supportive and loving wife to Lloyd and also an administrator in his business. Lloyd predeceased her in 2004. She enjoyed growing roses and many other flowers, and birdwatching. She liked good books, good movies and good scotch. She was a loving mother and mother-in-law to Noel (Betty), Sherry (Mike Shirriff), Jeanne (Frank McCloskey, predeceased), and Heather (Gaston Roy). She was a treasured grandmother to Kim (Jessie), Kerrie-Ann (Chris) and Dawn (Tom), Stephanie (Barry) and Andrew, Devon, Kathryn (Brett) and William (Steph), Deirdre, Clarissa and Rachelle. She was a special "GG" to Meghan, Julia (Eddie), Logan and Nolan, Kaitlyn, Robert, Hailey and Benjamin, Aubrey and Hailey, Owen, Liam and Isla. She lived to become a "GGG" to Olivia, Sophia and Veronica. She was "Aunt Mil" to many, and was cherished by her sister Audrey's children Carol, Susan (Doug), Fred (Marie) and Paul. She was a good friend to many wonderful neighbours and 429 Air Force Association Wing members. The family gratefully acknowledges the compassionate care given by Dr. MacIntrye, Cindy his administrator, the many dedicated PSWs and RNs from Homecare, Foot Care Nurse Peggy, and the staff at Bloomington Cove, Stouffville. Many thanks to neighbours John and Dorothy and Jim for their friendship and help over the years. Our eternal gratitude to daughter Jeanne, for her devotion and tireless, loving care to Mil over the last 18 years. Mil's life story is a lesson in history, as one of the children of the Greatest Generation. Let us all learn from her history, and like her, make the world a kinder, better place. Arrangements in care of Forrest & Taylor Funeral Home , Sutton ON. A Celebration of Life will be held at a later date. Memorial Condolences may be made at www.forrestandtaylor.com. In lieu of flowers, the family would appreciate memorial donations to a charity of your choice.
Online Memory & Photo Sharing Event
Online Event
About this Event

Share Your Memory of
Mildred
Upload Your Memory View All Memories
Be the first to upload a memory!
Share A Memory
Send Flowers